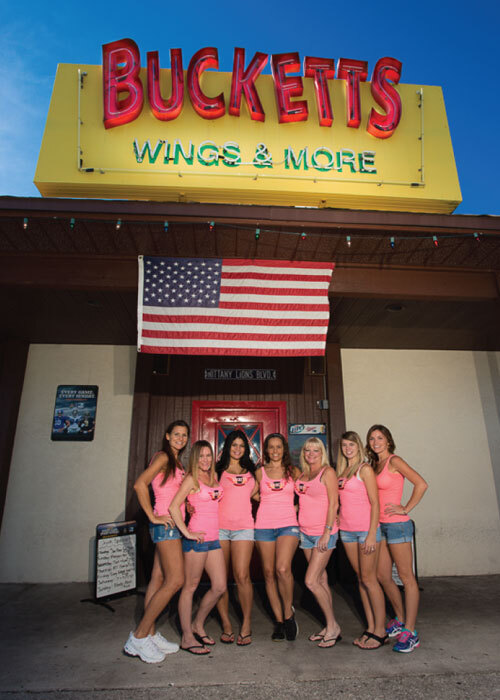 Founded by Jim & Marcia Anderson in 1988, Buckett’s Wings & More is a Fort Myers institution.  Locals and tourists come back to Buckett’s for their famous wings, pizza, and great service by the Buckett’s Girls.  Over the years, Buckett’s became THE place to catch Penn State & Green Bay Packers football games.  With Rutenberg Park Little League fields just a stones throw away, Buckett’s is a prime post-game spot after the kid’s big game.  New owners Zachary & Ainslie Walter are excited to continue the tradition laid by the Andersons for years to come.

Zachary & Ainslie Walter purchased Buckett’s Wings & More in September of 2014.   Prior to owning Buckett’s, they had been customers, coming in to watch football while visiting Ainslie’s parents during the holiday season.  They loved the local atmosphere of the restaurant, and always considered it some of the best pizza and beer they could find in Fort Myers.

Zach & Ainslie met while working for the San Jose Giants, a Minor League affiliate of the San Francisco Giants.  They were married on Captiva Island in 2009, and jumped at the opportunity to get back to Florida’s West Coast. 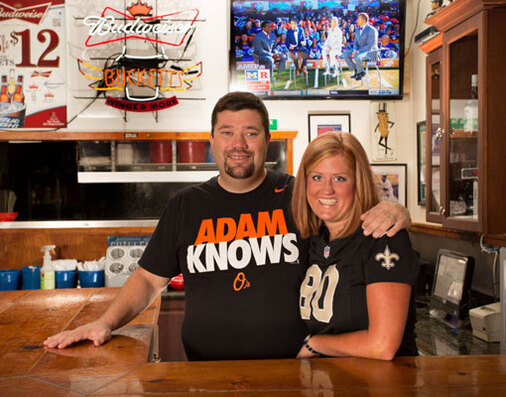